Travelling away to another school for the first game of the season is always daunting and this showed as the girls started the game very slowly and went 2-0 down in the first 5 minutes. However after this period the girls worked extremely hard getting the ball whenever they lost it and creating many chances to get themselves back in the game. We eventually scored just before half time halving the deficit to make it 2-1 at half time.

The second half was even better for Robin Hood coming out in the same way they finished the first half, winning the ball and creating lots of chances. From all the possession we managed to get an equaliser and had more opportunities to even take the lead. The game finished 2-2 and a good solid point for Robin Hood to start the season.

Another away game for Robin Hood, this time travelling to Melbury Primary School.

The girls kicked off the game in the same manner as the previous game against Brocklewood, conceding two early goals this time within 5 minutes of the game!!! This made the game very difficult for us, and we eventually lost 5-3. This was the first loss in 8 games which is a fantastic achievement, but hopefully this is a game we can learn from and bounce back with a victory against Burford Next week.

Our First home game of the season playing against Burford. The previous encounter against these was two seasons ago where we lost the game. Looking for some revenge, the girls kicked off the game dominating possession creating many chances but with no real end product. A great goal from Molly H secured a 1-0 lead going into half time. The second half was much better with the girls piling on the pressure and eventually running out 4-0 winners with Chloe N assisting all four goals. Keeping a clean sheet was also a real positive with precious making some fantastic saves when called upon in the cold weather.

Our next set of fixtures will be played after Christmas.

With the lighter nights upon us it was time to continue the girls football with our girls competing against Haydn Primary School. As it was our first game since well before Christmas there was a few nerves as to how we might get on, however with a good team talk and a plan to stick to the excitement of playing started to take over those nerves.

The girls started the game really well, and was challenged not to concede a goal in the first five minutes. The girls exceeded the expectation and even went 1-0 up with a great close finish from Chloe Newens!! Both teams worked really hard and tried to play football in the right way. Robin Hood had seemed to lose concentration half way through the first half and conceded two quick goals from some good play from Haydn.

Resilience is a real key word in our school and we ensure that all our pupils show lots of this, and do not give up. Our girls certainly proved that resilience and hard work really is the key to be successful, and from this girls worked so hard to turn the result around and end up winning the game 3-2. There was some fantastic team play from Chloe N, Kayleigh K and Molly H and some fantastic saves from Precious to secure the three points. There were also lots of encouraging performances from Ashleigh G, Lacey E and Neveah M.

The girls had the opportunity to carry on the good form going in towards the end of the season. The girls had started the game well having lots of possession of the ball and trying to play the ball to each other, however the long grass acted as an obstacle. As the first half continued both sets of teams put up a good fight with lots of attacks going from one end to the other cancelling each other out. The first half finished 0-0. The second half started brightly with Robin Hood turning the screw creating lot more chances. These chances soon turned into goals with Kayleigh Kelly opening the scoring with a great finish in the top corner. Chloe Newens made it two five minutes later with some good individual play completed with a nice finish. Molly Hutcheson completed the scoring with a fine close range finish. Another fine performance from the girls and another win in the account for this season. 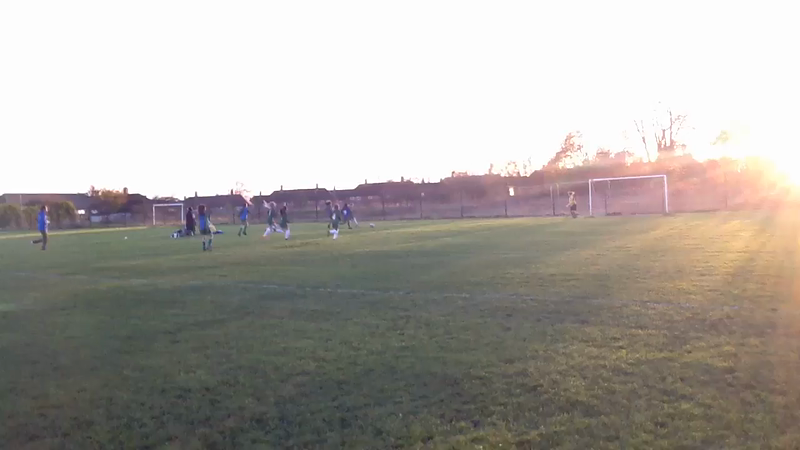